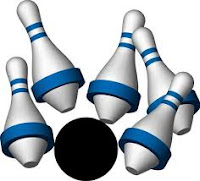 Bowling was frustrating on Wednesday - we won the first game by around 80 points then lost the second game by 5 and the third by 4 points. Thursday I will find out what our standings are. But I would almost rather be beaten by a large amount. Mind you, the team we were playing against are pretty good bowlers, so much so that they carry minus handicaps which doesn't help them. Two of them were a couple of guys who were part of our team last summer so we are pretty good friends. One of them was telling all kinds of groaners which were so bad they were funny.

Yesterday I picked up Rogue One at the library and then last night there were programmes I wanted to watch and there are tonight (Wednesday) I have until Tuesday so hopefully I will be able to watch it before then. Not sure if DVDs can be renewed.

Tried the second lot of burgers Gouda and mushrooms - didn't like them as much as the first ones but they were still good. Of course the Barrie's Relish helped too.

Watched the second episode of Big Pacific on Wednesday night. I didn't realise how much damage

had been done to the Bikini Atoll by the atom bomb testing 60 years ago. There were also pictures of tsunamis which were enough to frighten one to death. Followed that with Great Yellowstone Thaw. Thought about watching Making North America but hadn't written this blog. It occurred to me today, that those of us who watch such programmes are probably very much in the minority and the rest of the world doesn't care about polluting oceans and other damage we are doing to the Earth.

Having posted a dessert for Independence Day I figured I should post one for Canada's 150th birthday on July 1. You could also use blueberries or raspberries for this recipe. 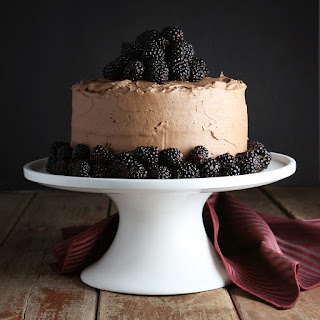 3. Bake for 30 to 35 minutes or until a toothpick inserted in the center comes out clean. Allow to cool completely.

4. Prepare frosting by combining all ingredients in a large bowl and beating until light and fluffy.