I finally got round to seeing the movie 12 Years a Slave. A pretty 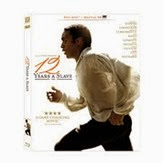 horrific thing to happen to anyone and the whole story is very horrifying. I have since read that the people who sold Solomon Northup into slavery were never punished, nor was anyone else connected to his story. As a story I enjoyed it and was appalled by what happened. The film is based on a book written by Solomon Northup to whom the whole episode occurred. As a movie I was disappointed. A lot of the time I hadn’t a clue what was happening because I couldn’t understand what they were saying.  There comes a point in a movie where you have to decide on realism or comprehension and I found the latter to be somewhat lacking. There is one scene where the master is absolutely furious with the slave and I have no idea why because I didn’t understand what she was trying to say to justify her actions. This was not the only time it happened. Maybe if I was from the deep south and more familiar with the accents – but I am not the only person who will have watched the movie who did not originate in the deep south.

How absolutely fascinating. I have just read an article at How to 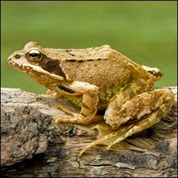 Geek talking about how Russian peasants used to keep their milk fresh by dropping a live Russian Brown Frog into the milk container. Science has now found the reason that this works, the frogs give off a secretion which contains anti bacterial and anti fungal properties which kill off bacteria in milk , but one question they pose at HTG is how on earth anyone came up with the idea of doing this in the first place. Maybe someone had a frog fall into their milk and then couldn`t believe it when the milk didn`t go sour. Presumably they were too poor to throw the milk away.

Saturday night, which is our night for something special and a bottle 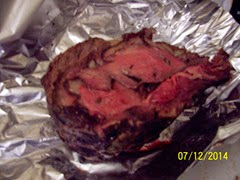 of wine as well, I cooked a large rib of beef. over 5 lbs. which will feed us for a day or two. I haven’t cooked one in a while so checked out if anything had changed in the cyber world, basically it hadn’t so I did it the same way as I have done for many, many years. I also make a special gravy which starts with me stewing some onions, mushrooms, peppers and celery with sage and time plus salt and pepper. I then add a glass of red wine and later some Bisto.  I have been using Bisto since the world began and find it absolutely wonderful although once again I couldn’t get it in NC. I also add the resulting mixture to the pan in which the beef has been cooked, having drained off the fat. It’s yummy if I do say it. Too lazy to make 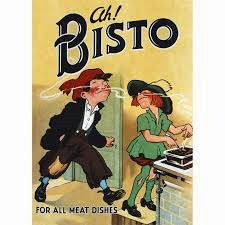 Yorkshire Pudding (my mother used to say I was no good at it anyway) I buy a pack of small frozen puds from the local store. I think they are excellent and they only take 4 mins to cook at 400°F. The pic shows the beef after we have attacked it. As usual I forgot at the beginning. I also tried a new side dish of sautéed green beans, onions and mushrooms which was pretty good.  Matt ate a large baked potato (I had a crispy end) and we followed it with a slice of the carrot cake I talked about before. This time it didn’t seem so bland, maybe because I wasn’t expecting much.

The bowling alley give us calendars every year, guess who picks the one with recipes. This is from last year’s calendar. Not sure how authentic it is and by Mexican sausage I figure they mean chorizo. It sounds pretty tasty though. 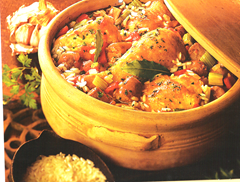