When we were out and about on Tuesday we were comparing gas prices. They were mainly running about 96 ¢ a litre (give or take a 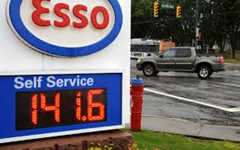 penny or two) which is the lowest we have seen it for very a long time. However, I read some headlines saying the government stood to lose $13 billion a year because of the plunge in oil prices. Seems we have been right, they have been overtaxing gas as everyone has been saying for a long time. However, that is one hell of a loss for the government and I wonder what benefits of ours they will cut or tax further. They could, of course, stop sending soldiers out of the country to attack ISIS and others. I think that would save us a buck or two. They could also redirect some of the largesse being given to foreign countries back into Canada to help those that need it here, there are lots of them. These ideas seem to be very much the song sung by several other countries, the States and the UK to start with. It doesn’t seem to me that whoever you vote for, the people who finally get in do the same thing the previous bunch did. The picture shows the prices just a week or two ago.

I was talking about Brazil nuts yesterday. A friend from Oz, Pinky Poinker mentioned the benefits of selenium in these nuts but also stated that one can overdose. I Googled it and found this article about it which, if you like Brazil nuts, you should read.

This is a link to recipes for 10 Prosecco cocktails, it is from BBC Good Food. I am not sure if we 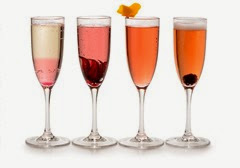 can get Prosecco here but if not we can certainly make them with champagne or any sparking wine. Prosecco is somewhat softer than champagne I understand. There is a wine here in Canada which I think could be used for these. I cannot for the life of me remember what it’s called. It was a Trius brand by Hillebrand. A Canadian winery.