Awoke Tuesday morning to snow on the roads and what looked like freezing rain. The roads cleared fairly quickly, but from mid afternoon it snowed continuously making the roads white again. It was very fine snow which you wouldn’t think would cover much, but it achieved it without much problem. It also blew heaven’s hard which whistles round the apartment and seems to get inside no matter what we do. Brrr. We didn’t have occasion to go out all day so we could watch it without suffering it. Unfortunately when we got up Wednesday morning the same thing had happened, only this time we did have to go out.

I have discovered something very upsetting about our new 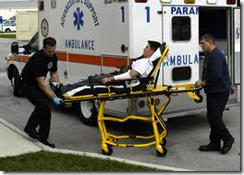 Superintendent and his wife. They won’t give assistance to the ambulance when it arrives. Previously the supers would put the elevator on “service” for the paramedics and open the doors for them if necessary. When we got to the ground floor they were standing there and although Matt was going to the garage, he stepped out, but we didn’t manage to hold the door. The super was right there and could have used his key to call the elevator but didn’t. I have since heard from others that he considers that it isn’t his job. True or not, for sheer humanity you assist where you can. Talking to a nurse today, we all agreed that the extra few minutes could make the difference between life and death. Another couple said it had happened when their brother died. I am not clear if they reported it to the Realtor or not.

Much to my delight, the Postman, well Postwoman I suppose, called up to say she had a parcel, it was my A Memory of

Light which came through pretty quickly and I was very happy to receive. As I’ve said before, its only taken 20 years to get to read this book. If you abandoned the series in despair, you can now read all 14 books which I loved, even on the second read. I own a few, some in ebook form, one, no 2 in hardback. Maybe I will gradually end up owning them all. I really have been trying to reduce the amount of books I own, ebooks are so much easier to store, but somehow I still end up getting actual books.

someone else had the same idea last year. As our take is somewhat different, and anyway I had already written it, I decided to leave my post. After all I post an X recipe as well. This year I managed to find one that was not Chinese. You know, if I write all these blogs in advance, I will have no blogging to do in April at all.

I used to make this chutney a lot when I lived in England but I have never made it since I have been in North America, mainly because of the lack of what I call cooking apples. However, it would probably be very successful with Spy or similar apples. Mrs. Shaw was my cleaning lady, but I have no idea from where she got the recipe. I believe Chutney originated in India and the British Raj brought the idea home with them. Its excellent served with cold meats or with curries. I really will have to make it again, it was always very popular. Matt is not that keen on chutney though. 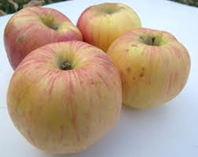 1. Peel, core and slice apples. Put in to a very large pan with half of vinegar. Bring to the boil and simmer for a little while. Allow to cool until a pulp then add all the other ingredients and boil for a further 30 mins (stirring often). When cool put in air-tight jars.